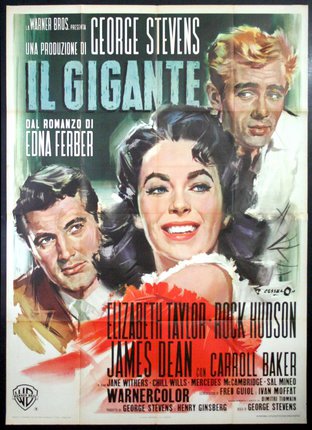 1963 re-release of the 1956 film based on the novel by Edna Ferber. "Giant" is a sometimes forgotten masterpiece which is remembered for its massive budget (becoming the most expensive movie ever made at that time) and of course James Dean's death during the final stages of production. All the sub-stories during the making of this film overshadow the fact that this is easily one of the top ten movies ever made. Definitely in the class with epics like "Gone With the Wind" and "Lawrence of Arabia"