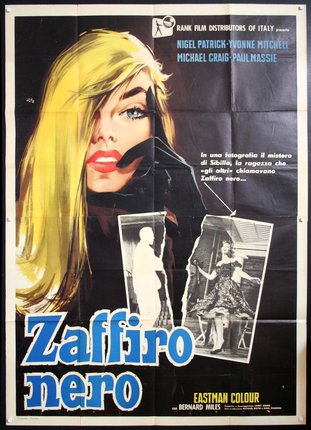 "Sapphire is a 1959 British crime drama. It focused on racism in London toward immigrants from the West Indies. The film was directed by Basil Dearden, and stars Nigel Patrick, Earl Cameron and Yvonne Mitchell. It received the BAFTA Award for Best Film and screenwriter Janet Green won a 1960 Edgar Award from the Mystery Writers of America for Best Foreign Film Screenplay. It was a progressive movie for its time." From Wikipedia