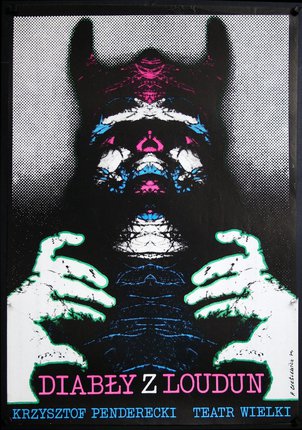 Great looking 1979 piece by Roman Cieslewicz. Krzysztof Penderecki, a Polish composer and conductor whose modernist works jumped from the concert hall to popular culture, turning up in soundtracks for films like “The Exorcist” and “The Shining” and influencing a generation of edgy rock musicians, died on Sunday at his home in Krakow. He was 86. “The Devils of Loudun” (1969), his first opera and the most popular, got mixed reviews and two thumbs down from the Vatican, which tried in vain to keep the composer from going ahead with his interpretation of a 17th-century scandal in the church.