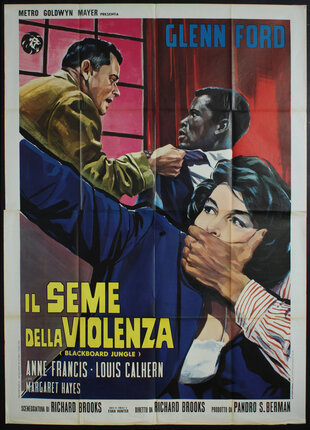 Undated probably 60s re-release of Blackboard Jungle, which is a 1955 social commentary film about teachers in an inner-city school. It is based on the novel of the same name by Evan Hunter.