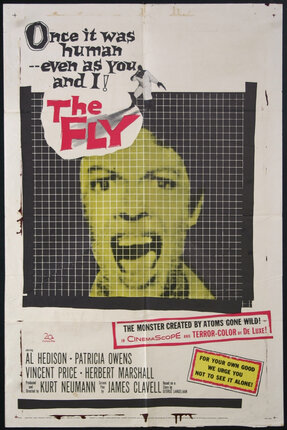 Poster for the classic 1958 American science fiction–horror film staring the prince of horror, Vincent Price.The film tells the story of a scientist who is transformed into a grotesque creature after a common house fly enters unseen into a molecular transporter he is experimenting with, resulting in his atoms being combined with those of the insect, which produces a human–fly hybrid. Great graphics!