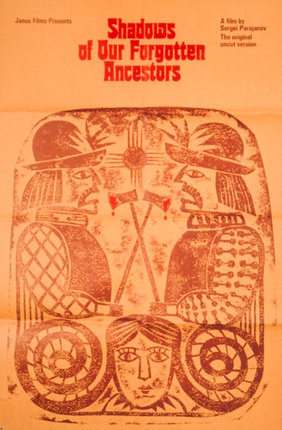 1964 film by the Soviet filmmaker Sergei Parajanov based on the classic book by Ukrainian writer Mykhailo Kotsiubynsky. A tragic romance with sets inspired by Slavic folklore. Ghosts singing in the snow, wild flights of fancy, and deep vein of tradition. "Paradjanov tells the universal tale of quiet wonder and awesome frenzy filling the screen with color and motion..." -Wiki "The Ukrainian film “Shadows of Forgotten Ancestors” won almost every, award in sight on the 1964 film festival circuit. But it’s become even more important in recent years, as a reminder not only of a talented director - Sergei Parajanov - but also of the restrictive Soviet approach to the arts." -Roger Ebert