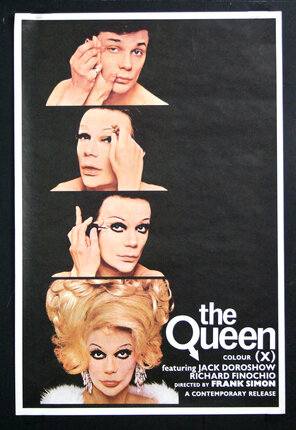 "The human comedy struts the boards in “The Queen,” Frank Simon’s 1968 documentary of the Miss All-American Camp Beauty Pageant — a small movie with a big heart that is being revived at the IFC Center in a new 4K digital restoration. Female impersonation was illegal in New York when “The Queen” was made, except onstage. (Ridiculous theater was in its glory days.) The pageant, a brainchild of the promoter Jack Doroshow, was held in Manhattan in 1967 and advertised as “a satirical happening.” New York Times