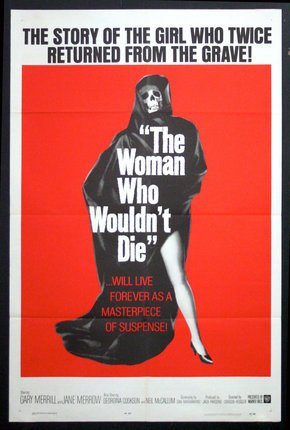 1965 Film: "An astute businesswoman is completely devoted to her faithless husband, who must kill her to carry on with her pretty young niece. It turns out that the dead don't die so easily."