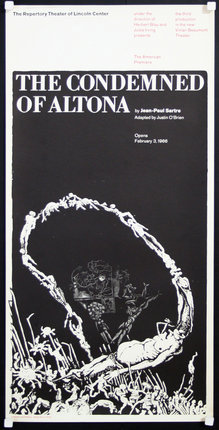 1966, silkscreen Illustration by Joel Rothberg Design by Werner Pfeiffer The Condemned of Altona is a play written by Jean-Paul Sartre, known in Great Britain as Loser Wins. It was first produced in 1959 at the Théâtre de la Renaissance in Paris. Wikipedia