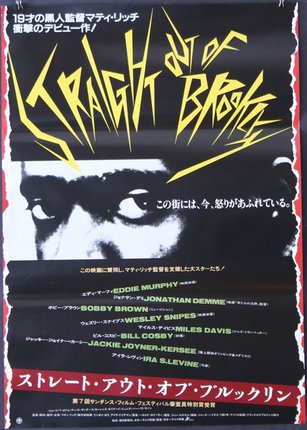 A striking and dynamic Japanese poster for the 1991 independent American film directed by Matty Rich in his directorial debut. The film is a story about Dennis (played by Larry Gilliard Jr.), an African-American teen living in a housing project with his sister, mother and abusive, alcoholic father. Fed up with his family's seemingly hopeless future, he plans with his friends to rob a drug dealer.