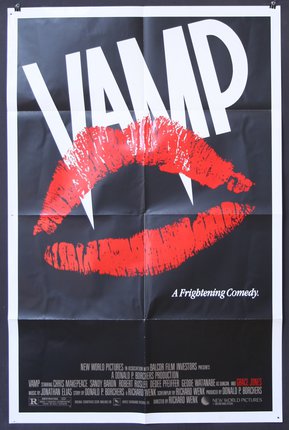 A 1986 American campy comedy/horror film directed by Richard Wenk and starring the indelible Grace Jones. The film tells the story of two fraternity pledges looking to find a stripper at the "After Dark" club, which so happens to be home to a group of stripper vampires! Great key art with lipstick mark and teeth formed from the type.