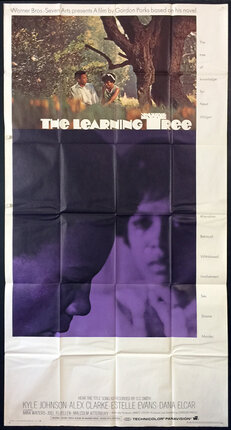 The Learning Tree was released to theaters in August 1969 and was well-received by both critics and the public. As a testament to the movie’s importance, it was one of the 25 movies selected to join the Library of Congress’s National Film Registry in its debut year of 1989. Written and directed by the trailblazing and multi-talented journalist, photographer, and writer, Gordon Parks, it was the first major Hollywood studio film to be directed by an African-American. Parks would later go on to direct four more feature films in the 1970s: the landmark Shaft, its sequel Shaft’s Big Score, The Super Cops, and Leadbelly. (source: warnerbros.com)