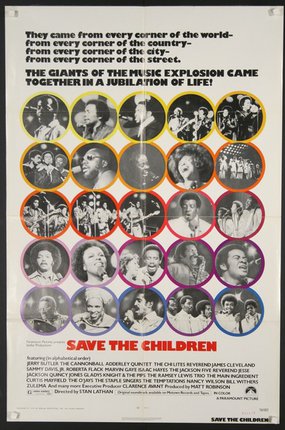 "Save the Children," the movie spinoff (and theme) of last year's Black Exposition conducted by Operation PUSH (People to Save Humanity) in Chicago's Amphitheater, has the virtues of being forthright, unabashedly emotional and entertaining. And, if two hours of more than 30 black artists doing their musical things occasionally seem repetitive, the heart and craft of the performers (and speakers, including the Rev. Jesse Jackson, head of PUSH) project enough soul and meaning to captivate viewers.