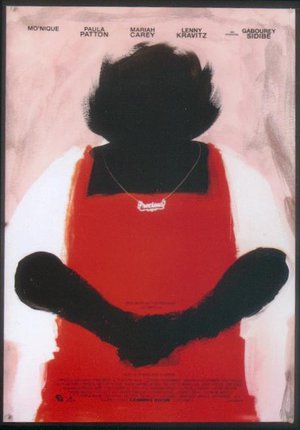 An expressive and painterly image showing a beautiful dark figure in a bright red dress. A simple pendant around her neck spells out the name of the title character, and also serves as the title logo for the poster. The film, directed by Lee Daniels, was adapted from the 1996 novel Push by Sapphire. Described as "courageous and uncompromising" by Variety, the film was nominated for several Oscars, and Mo'Nique won the award for Best Supporting Actress, while Geoffrey Fletcher won for Best Adapted Screenplay, becoming the first African-American to win a screenplay award at the Oscars. NOTE: This poster isn't folded.