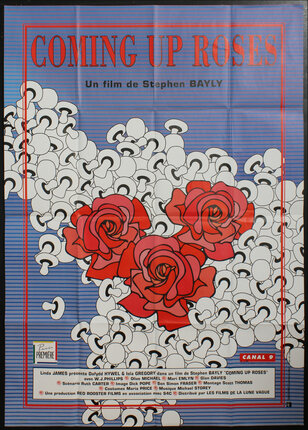 Coming Up Roses (Welsh: Rhosyn a Rhith) is a 1986 Welsh language comedy drama film. It was directed by Stephen Bayly and starred Ifan Huw Dafydd, Gillian Elisa and Mari Emlyn. The film was screened in the Un Certain Regard section at the 1986 Cannes Film Festival.[1]
The film centres around the closure of the last small town cinema in South Wales and the community's efforts to pull together to save the cinema.