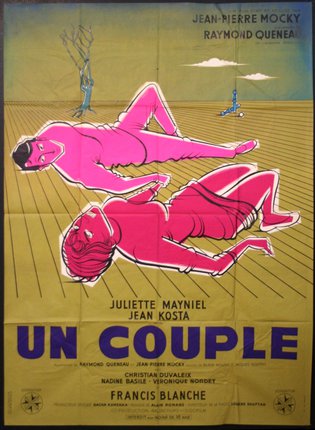 1960 French film directed by Jean-Pierre Mocky. Before there was "A Marriage Story" there was this film about a young married couple struggling with the sexual weariness and mediocrity in their relationship. It's a sarcastic comedy made in the spirit of the French New Wave with a critical eye on the institution of marriage. A GREAT DESIGN BY JAN MARA!