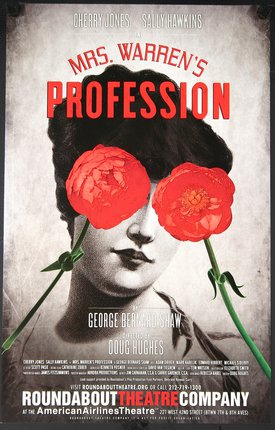 2010 - poster is cardboard Mrs. Warren's Profession is a play written by George Bernard Shaw in 1893, and first performed in London in 1902. The title refers to prostitution. Wikipedia