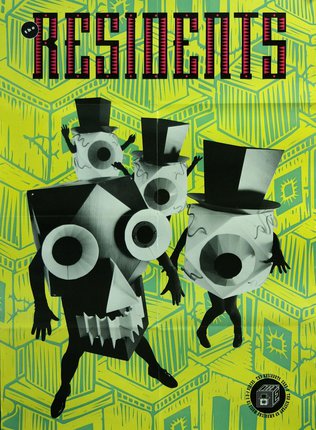 Folded, print on both sides, text and liner notes on other side - "Hardy Fox, a driving force behind the Residents, an avant-garde band that playfully subverted the conventions of rock music for decades while insisting on anonymity, which the group maintained by performing in outlandish costumes, died on Oct. 30 at his home in San Anselmo, Calif. He was 73. The Residents were more than a band: They were performance and visual artists, critics and deconstructors of pop culture, and music video pioneers. Their cacophonous, gleefully absurdist music presaged forms of punk, new wave and industrial music." New York Times today