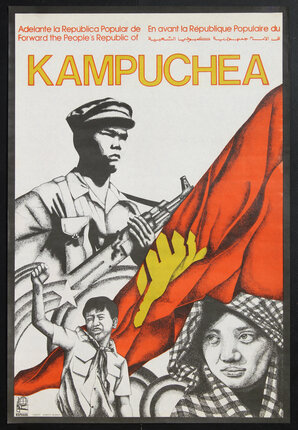 1983. Kampuchea was the Cambodian state under a one-party Marxist-Leninist totalitarian dictatorship that existed between 1975 and 1979. It was controlled by the Khmer Rouge (KR), the name popularly given to the followers of the Communist Party of Kampuchea (CPK), and was founded when KR forces defeated the Khmer Republic of Lon Nol in 1975. Between 1975 and 1979, the state and its ruling Khmer Rouge regime was responsible for the deaths of millions of Cambodians through forced labour and genocide. (Wikipedia)