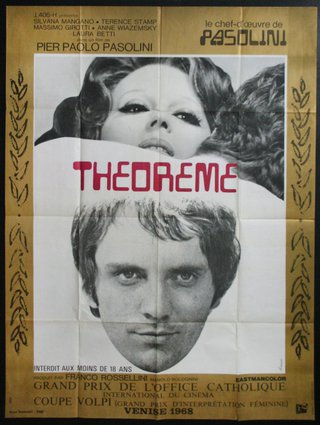 1968 Italian allegorical mystery film written and directed by Pier Paolo Pasolini. In this film, an upper-class Milanese family is introduced to, and then abandoned by, a divine force. Two prevalent motifs are the desert and the timelessness of divinity. The film won a special award at the Venice Film Festival from the International Catholic Film Office, only to have it withdrawn later when the Vatican protested because of the film's sexual nature.(Source: Wikipedia).