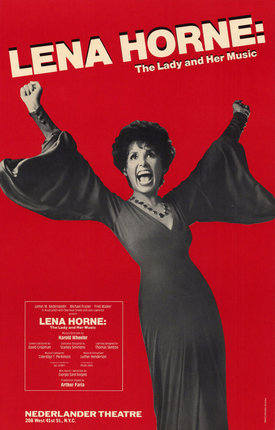 A wonderfully triumphant pose! Lena Horne: The Lady and Her Music was a 1981 Broadway musical revue written for and starring American singer and actress Lena Horne. The musical was produced by Michael Frazier and Fred Walker, and the cast album was produced by Quincy Jones. (Wikipedia) The show ran from May 12, 1981 - Jun 30, 1982.