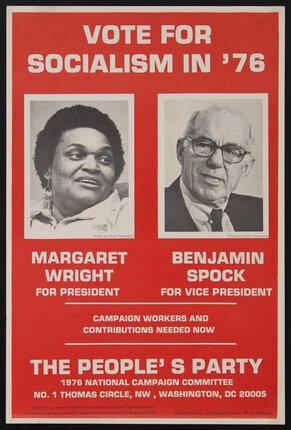 1976 People's Party National Campaign Committee presidential election campaign poster where Margaret Wright was running as President of the United States & Benjamin Spock's for Vice-President. Spock was an American pediatrician whose book Baby and Child Care, published in 1946, is one of the best-sellers of all time. (Wikipedia)