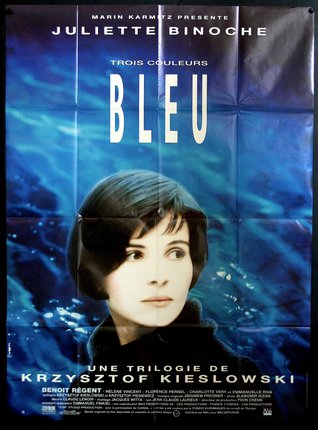 1993 French drama directed and co-written by Polish filmmaker Krzysztof Kieślowski. Blue is the first of three films that comprise the Three Colours trilogy, themed on the French Revolutionary ideals of liberty, equality, and fraternity; it is followed by White and Red. According to Kieślowski, the subject of the film is liberty, specifically emotional liberty, rather than its social or political meaning. Set in Paris, the film is about a woman whose husband and child are killed in a car accident. Suddenly set free from her familial bonds, she attempts to cut herself off from everything and live in isolation from her former ties, but finds that she can't free herself from human connections. Blue is among Kieślowski's most celebrated works. (Source: Wikipedia)