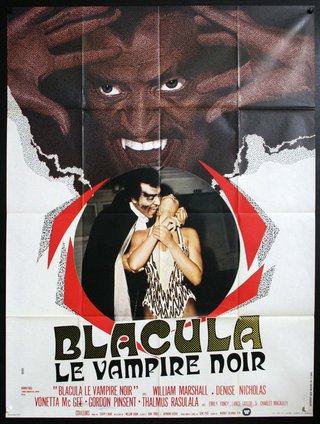 1972 American blaxploitation horror film directed by William Crain. It stars William Marshall in the title role about an 18th-century African prince named Mamuwalde, who is turned into a vampire (and later locked in a coffin) by Count Dracula who refused to help Mamuwalde suppress the slave trade. The film went on to inspire a wave of blaxploitation-themed horror films! (wikipedia)