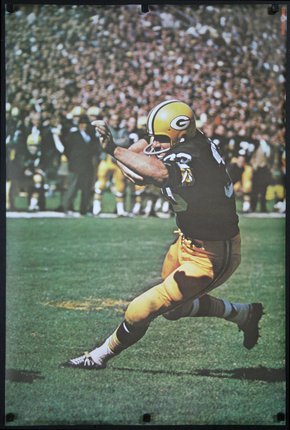 Printed in Japan, 1968. James S. Grabowski (born September 9, 1944) is a former American football player and broadcaster. He played college football at the University of Illinois and professionally in the National Football League (NFL) for the Green Bay Packers and the Chicago Bears. He was an analyst on Illinois football radio broadcasts for nearly 30 years, retiring after the 2006 season.