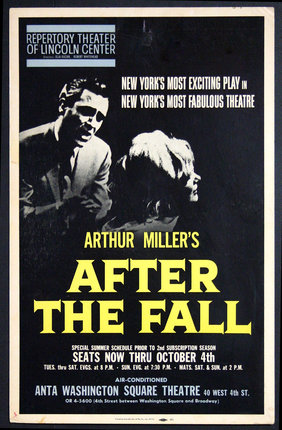 Presented by the Repertory Theater of Lincoln Center For The Performing Arts at the ANTA Washington Square Theatre, in NYC on January 23, 1965. Directed by Elia Kazan; production and lighting designed by Jo Mielziner; the music was composed by David Amram; and the costumes were designed by Anna Hill Johnstone. NOTE: At top, just off center, there is paper damage.