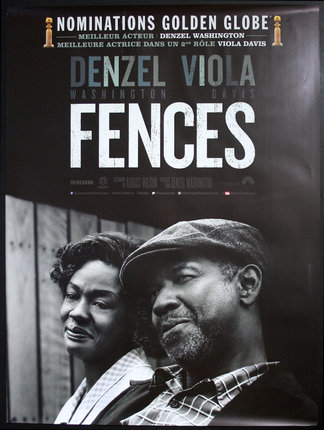 Hard to find rolled (never folded) French poster for the 2016 film about a working-class African-American father trying to raise his family in the 1950s. Based on August Wilson's Pulitzer Prize-winning 1985 play of the same name. Great image of Denzel Washington and Viola Davis. The film received four Oscar nominations at the 89th Academy Awards, including one for Best Picture.