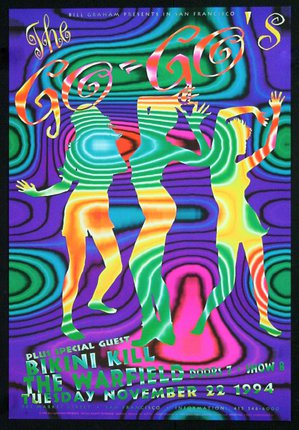 Great looking poster from 1994. "“Beauty and the Beat” became the No. 1 album on the Billboard chart for six weeks, the first by a female collective who wrote their own music and played their own instruments. The album remains a new wave masterpiece and a blueprint for girl-powered bands to follow. It defined a moment, of California-style MTV pop feminism, or “Valley Girl Intelligentsia,” New York Times - 2018-08-06