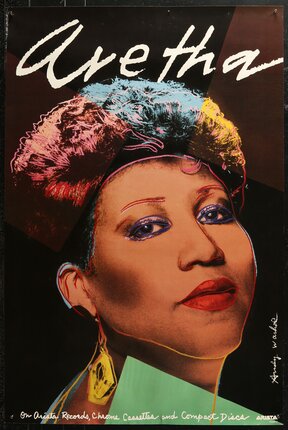 "Aretha" is the thirty-first studio album by American singer Aretha Franklin, originally released in 1986, on Arista Records. It is the third album with the Aretha title to be released by Franklin. The album front cover and poster feature art and line drawings by Andy Warhol.