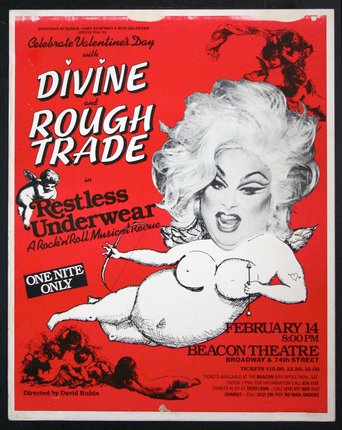 Printed on a heavier card stock. Not to be linen-backed. "On February 14, 1980, the band performed their musical revue Restless Underwear at Manhattan's Beacon Theatre. However, the event was promoted by the venue as a show by Divine, who in fact only sang two songs in the revue, both in act two. As a result, the show was received poorly." Wiki