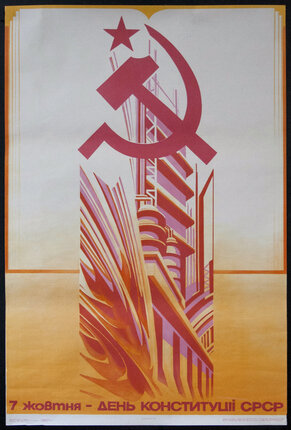 1989. Roughly translated from Ukrainian/Russian: "October 7 is the Constitution Day of the USSR". On October 7, 1977, the Soviet Union proclaimed its new Constitution, the fourth in the sixty years since the October Revolution in 1917. The new Constitution firmly stated the supremacy of the Communist Party and went down in the history of the USSR as the “Brezhnev Constitution”. There appears to be a spelling error in "October".