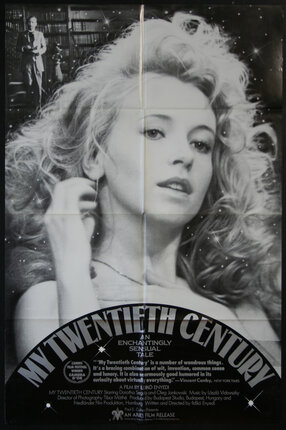 Great looking poster for the 1989 film. Vincent Canby, who reviewed “My 20th Century” in The New York Times (and later named it as one of the 10 best movies of 1990), called it “wondrous” and “even more impressive when one realizes that it is the first feature by Miss Enyedi.” The movie, revived at the Museum of the Moving Image in a shimmering new digital restoration, was among the most acclaimed debuts of its day, winner of the Camera d’Or for best first film at the same 1989 Cannes Film Festival." New York Times