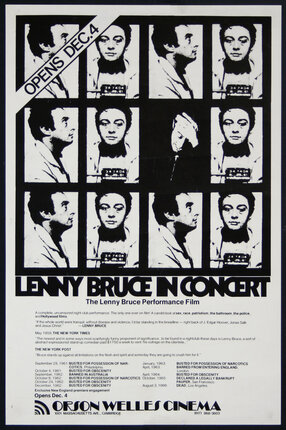 Poster for a Cambridge Screening of the Lenny Bruce Performance Film at the Orson Welles Cinema. Recorded shortly before his death in 1966, this uncut, black-and-white film captures comedian Lenny Bruce toward the end of his brief but influential career, revealing an emotionally fragile performer who could still deliver a laugh.