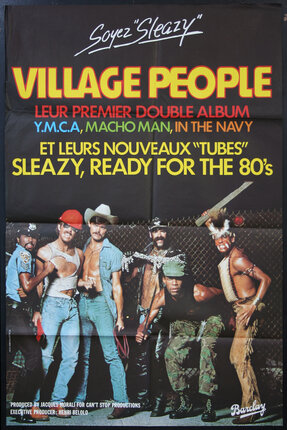 1979. Live and Sleazy is the first live album and fifth studio album by the Village People and features a mixture of live and studio recordings. It was released as a double LP.