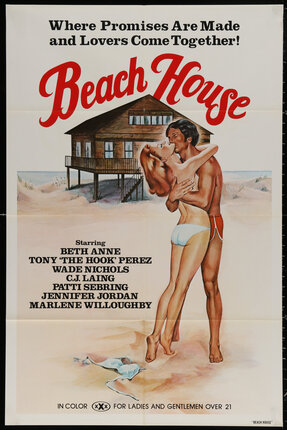 1981 Roberta Findlay sexploitation movie filmed on Fire Island, Long Island, New York. Roberta Findlay is an American film director, cinematographer, producer and actress. She is best known for her work in the exploitation field. Along with her husband Michael, the Findlays created numerous low-budget Z movies in the 1960s and 1970s. The couple has been described as "the most notorious filmmakers in the annals of sexploitation". Roberta's work has received increasing critical appreciation in recent years. (Wikipedia) (Tagline: "Where Promises Are Made and Lovers Come Together!").