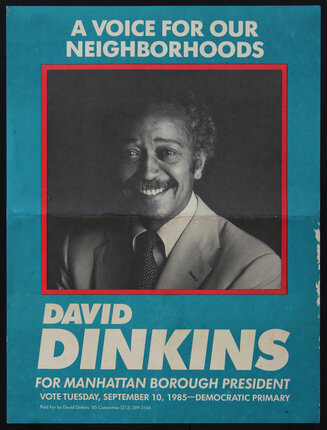 1985 Original election campaign poster for the Manhattan Borough President election "paid for David Dinkins'85 Committee". Dinkins was elected Manhattan borough president in 1985 on his third run for that office. He went on to serve as the 106th Mayor of New York City, from 1990 to 1993. He was the first and, to date, only African American to hold that office.(Wikipedia) NOTE: This piece has a stong fold at center.