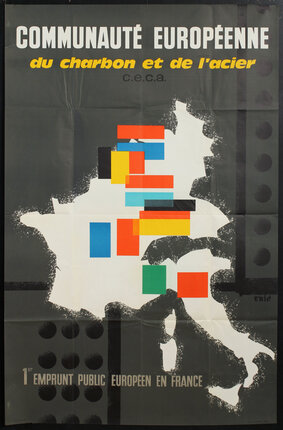 The European Coal and Steel Community (ECSC) was an organisation of six European countries created after World War II until 2002 to regulate their industrial production under a centralised authority. It was formally established in 1951 by the Treaty of Paris, signed by Belgium, France, Italy, Luxembourg, the Netherlands, and West Germany. The ECSC was the first international organisation to be based on the principles of supranationalism, and started the process of formal integration which ultimately led to the European Union (wiki).