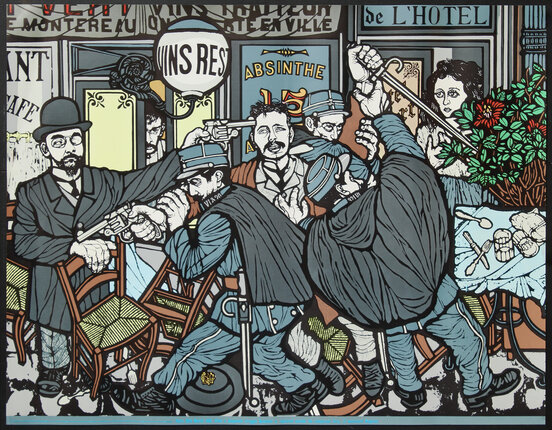 Caption at bottom reads: "Paris 30th March 1892. After a desperate struggle Ravachol is captured outside the restaurant Very, 22 Boulevard Magenta". The restaurant Véry, was the site where the anarchist Ravachol was arrested. In revenge, the anarchists exploded a bomb there on the morning of 25 April that year. (Wikipedia)