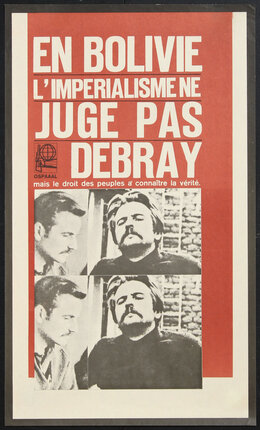 Jules Régis Debray is a French philosopher, journalist, former government official and academic. Associate of Che Guevara, in "April 1967 Debray had been arrested in the small town of Muyupampa, in Bolivia. Convicted of having been part of Guevara's guerrilla group, Debray was sentenced on 17 November to 30 years in prison. He was released in 1970 after an international campaign for his release which included appeals by Jean-Paul Sartre, André Malraux, General Charles de Gaulle and Pope Paul VI." (Wikipedia)