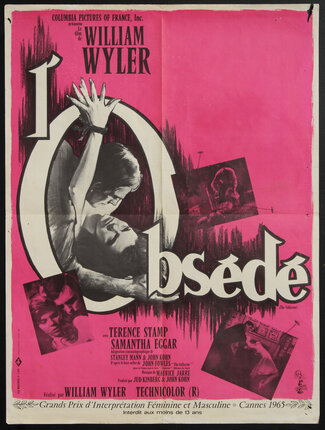 The Collector is a 1965 British-American psychological horror film directed by William Wyler and starring Terence Stamp and Samantha Eggar. Its plot follows a young Englishman who stalks a beautiful art student before abducting and holding her captive in the basement of his rural farmhouse. It is based on the 1963 novel of the same title by John Fowles, with the screenplay adapted by Stanley Mann and John Kohn. Wyler turned down The Sound of Music to direct the film. (Wikipedia)