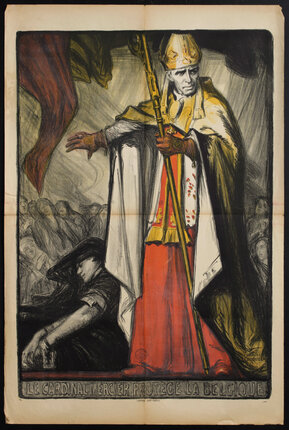 "Désiré Félicien François Joseph Mercier (21 November 1851 – 23 January 1926) was a Belgian cardinal of the Roman Catholic Church and scholar... noted for his staunch resistance to the German occupation of 1914–1918 during the Great War. After the invasion, he distributed a strong pastoral letter, "Patriotism and Endurance," to be read in all his churches, urging the people to keep up their spirits. He served as a model of resistance" -Wikipedia. Printed in Paris, France.