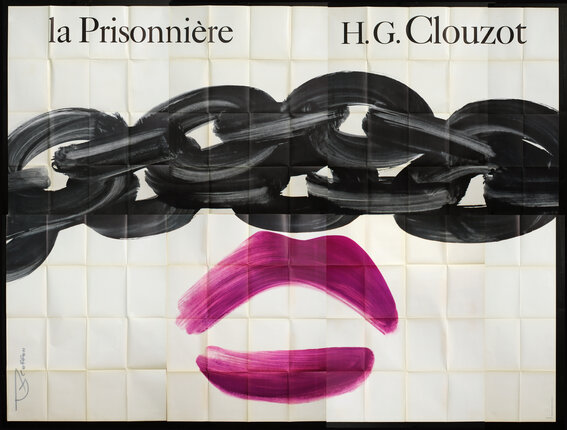 Size listed is approximate. Enormous-sized French billboard printed in several sheets for the 1968 French film written and directed by Henri-Georges Clouzot. A post-modern film about sex and art, with a psychedelic dream sequence not to be missed! "A pivotal and divisive figure of Forties and Fifties French cinema, Henri-Georges Clouzot (1907 - 1977) made his name as a daring iconoclast through a series of hugely influential, often controversial, films whose stylistic audacity, off-beat humor and stinging critique of bourgeois society were far ahead of their time." -harvardfilmarchive.org