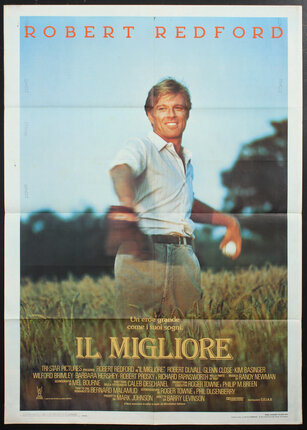 1984 is a baseball/sports film based on Bernard Malamud's 1952 novel of the same name. It was the first film produced by TriStar Pictures, and was nominated for 4 academy awards.