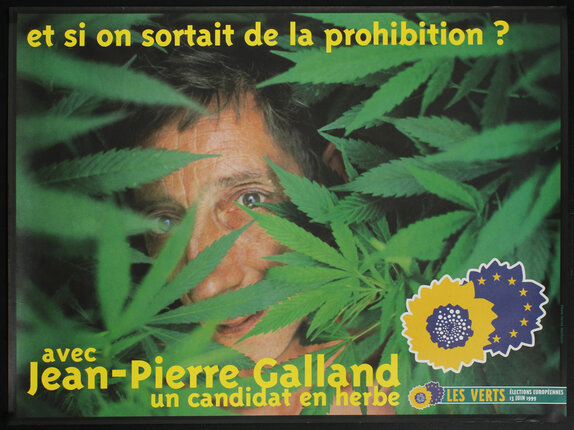 1999 piece The Greens/Les Verts were a centre-left to left-wing green-ecologist political party in France. They had been in existence since 1984, but their spiritual roots could be traced as far back as René Dumont's candidacy for the presidency in 1974. In 2010, The Greens merged with Europe Ecology. Galland is a marijuana/drug activist.