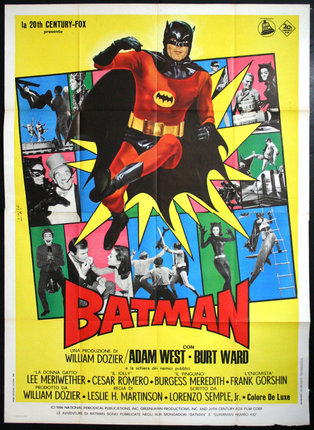 "Holy milestones, Batman! Detective Comics, where the caped crusader debuted on March 30, 1939, will reach issue No. 1000 on Wednesday, just days before the hero’s 80th birthday. “It is evidence of the greatness and power of the Batman concept that the character has appeared continuously over eight decades,” Peter Sanderson, a comic book historian, said." - New York Times today - Classic "Pop" artwork for the Italian poster for the 1966 film.